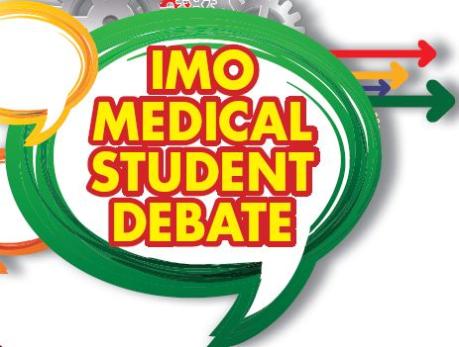 Participants will debate the motion:

The IMO medical student debate was held in the RCSI on the 7th December 2013. Two teams went head to head debating the motion ‘This House proposes that cannabis be legalised for recreational and medicinal use’

Both teams delivered their arguments with great fluency and content and the judges noted a very high standard overall. The Opposing Team were awarded winning place by the adjudicating panel.

Overall outstanding speaker was awarded to Elizabeth Ahern Flynn from RCSI. Ms Ahern Flynn was commended for her quick rebuttal against the opposing team’s claims and her great descriptive imagery to present her argument. Elizabeth was presented with the IMO student debate medal by IMO president Dr Matthew Sadlier. 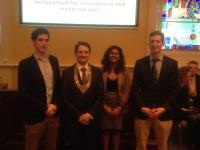 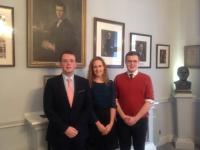 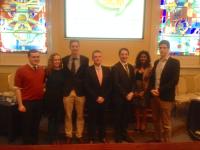