Medical Ethical issues from the Beginning to the End of Life

Significant ethical issues arise in healthcare at the beginning and the end of life with perspectives and opinions remaining diverse. This session will provide a balanced insight into the medical ethical dilemmas that face doctors caring for mother and unborn child and caring for the terminally-ill.
The session will be chaired by Jerry Buttimer TD, Chair of the Joint Oireachtas Committee on Health and Children.

Dr Simon Mills Barrister of Law and Qualified Doctor explores the broad concepts and values that form the basis of healthcare ethics and healthcare law.

With the government’s decision to legislate for abortion in specific and limited circumstances following the Report of the Expert Group on the Judgment in A,B, and C v Ireland, Dr Sam Coulter-Smith, Master of the Rotunda Hospital, discusses the ethical issues facing obstetricians in maternal and foetal health.

Dr Louise Campbell, lecturer in medical ethics at NUI Galway explores the arguments for and against euthanasia and physician assisted suicide.

Under Deputy Buttimer’s stewardship the Oireachtas Joint Committee on Health and Children has examined a number of high profile policy issues. In January 2013 he successfully led three days of hearings into the contentious issue of the termination of pregnancy facilitating debate and discussion between a diverse range of opinions. Following a series of meetings on the issue of the misuse of alcohol and other drugs the Committee has presented a suite of options to Government for its consideration. Deputy Buttimer has also led the Committee’s consultation process on the proposed Children First Bill which will put in place a statutory framework to protect children and combat child abuse and neglect.

Outside of representative politics Deputy Buttimer is actively involved in his local community and the GAA. Deputy Buttimer served on the GAA National Marketing Committee, as well as Chairman of his local Bishopstown GAA Club. 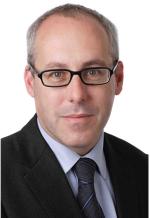 He was called to the Bar in 2002. As a barrister, he specialises in all aspects of medical law, including medical negligence, professional regulatory matters, mental health law, health legislation and complex medical causation issues in personal injuries litigation. He has been involved in significant cases relating to matters such as assisted suicide, the obligations of doctors when certifying patients as fit to drive, and the refusal of blood transfusions for religious reasons.

He completed an MSc in Medical Ethics at Imperial College London in 2004 (part-funded by a bursary by the Fiona Bradley Foundation). He is a former Chairperson of Mental Health Tribunals.

As a doctor, he trained as a General Practitioner on the Dublin Vocational Training Scheme (now the TCD scheme) from 1994-1997. Following the MICGP examination, he practised mainly as a part-time GP in Stoneybatter in Dublin, retiring in 2011.

He is the author of Clinical Practice and the Law (2nd edn, 2007) and lead author of Disciplinary Proceedings in the Statutory Professions (2011) as well as other articles and book chapters. He was a long-time columnist for the Irish Medical Times and Medicine Weekly. He is a contributing lecturer and external examiner in medical law at the Law Society and was formerly a contributing lecturer in medical ethics and law at the Royal College of Surgeons in Ireland. 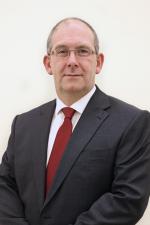 Dr. Sam Coulter-Smith is a consultant obstetrician/gynaecologist and Master at the Rotunda Hospital in Dublin. Dr. Coulter-Smith qualified from the College of Surgeons of Ireland in 1987 and following an internship in Jervis and Beaumont did his initial training in obstetrics and gynaecology in the Rotunda before moving to the UK. He obtained his MRCOG in 1993 and having completed a number of registrar and research training posts in London returned as a Senior Registrar/Assistant Master to the Rotunda and National Maternity Hospitals. He was appointed as a consultant to the Rotunda in 2002 and appointed to the Mastership in 2009. He is currently half way through his seven year post as Master of the Hospital.

Louise Campbell is a lecturer in medical ethics in the School of Medicine, NUI Galway, and director of Clinical Ethics Ireland, an education service which provides training in clinical and research ethics for registered health professionals. She has a Ph.D in philosophy from the University of Essex and a post-doctoral qualification in clinical and organisational ethics from the University of Toronto. Her research interests include clinical ethics consultation and end-of-life care.