4 External CPD credits have been awarded for the seminar 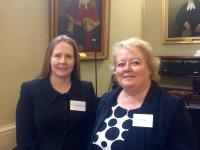 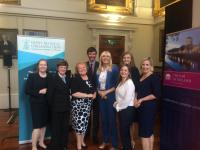 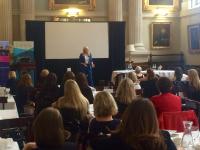 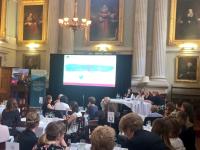 Thursday 1st June 2017: Nearly half (46%) of female medical practitioners have delayed having children for reasons related to their careers in medicine compared to just 19% of male medical practitioners new research by the Irish Medical Organisation (IMO) reveals. The findings of the research was published today by the IMO at a seminar exploring issues for women in their careers entitled ‘Definitions of Success’. The seminar, jointly hosted by the IMO and the Bar of Ireland is the first event of its kind to enhance engagement with, and support for women across the professions.

Concerns about starting a family

The research shows that female doctors in particular have major concerns about how starting a family will affect their careers.

82% of female respondents say they had “been concerned” about the impact that having children may have on their career in comparison to 39% of their male counterparts. A similar amount (83%) also say they find it difficult to balance their medical workload with their family commitments as opposed to 73% of male doctors.

85% of female doctors do not believe that existing workplace supports adequately provide for an opportunity to balance medical workloads with family commitments. 71% of male doctors agree with this.

Deciding on areas of speciality

The research shows some clear gender distinctions when it comes to deciding on what area of medicine to specialise in.

88% of female doctors and 79% of male doctors believe that gender is a factor in a doctor’s choice of speciality. While a personal interest in a speciality was the most frequently cited consideration for both male and female non-consultant hospital doctors (NCHDs) (59% to 56% respectively), female NCHDs were far more likely to mention work-life balance and job flexibility (33%) as a relevant consideration than their male counterparts (19%).

Dr Ann Hogan, President of the Irish Medical Organisation said, “It is obvious from the research that gender still continues to impact on careers in the medical profession with family considerations often affecting female practitioners to a greater extent than their male colleagues. There is also some catch-up required regarding encouraging female doctors to apply for top consultant posts. The research shows that a higher proportion of male doctors say they have been encouraged at some time during their career to apply for a consultant post when compared to female doctors. Certain specialties have very low numbers of female consultants with only 15% of consultant surgeons being female.”

11.00 am Gender Issues of Medical and Legal Profession

Dr Deborah McNamara - 'Training the Next Generation of Surgeons'